Space For Your Thumb

Guitar players use various hand positions when they play, particularly with their fretting hand. While some players keep their thumb behind the instrument's neck, for the most part, others have a habit of wrapping it around the neck. If you're among the latter group, you might favor a double-cutaway guitar. When you're playing the higher notes on the fretboard, a double cutaway will allow you to wrap your thumb around the neck. With a single-cutaway design, the body will block your ability to position your thumb in this manner when you're playing higher notes.

The body of a double-cutaway guitar has less wood than a single-cutaway guitar. This results in the instrument weighing a little less. Because of their solid wood bodies, electric guitars can often be heavy. The weight is particularly noticeable when you're standing up to play the guitar, rather than sitting with it resting on your leg. If you're concerned about a guitar being too heavy for you—perhaps because you have a bad back or shoulder pain—you'll almost certainly favor a lighter instrument. Choosing a double-cutaway design can be a good idea in this situation.

Guitar players are often particular about the look of their instruments. Even though it's important to choose a guitar that gives you the sound you want, you'll also want an instrument that has a stylish look. Some players simply prefer the look of the double-cutaway design. You may feel that this design has more of a symmetrical appearance that you appreciate, for example. To learn more about electric guitars and browse models that have single- and double-cutaway designs, contact a music store near you or check out its website. 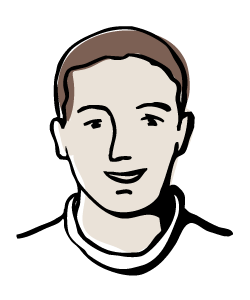